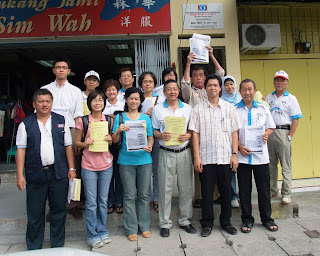 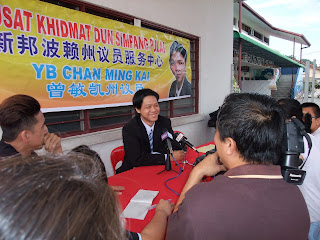 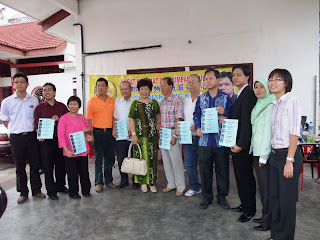 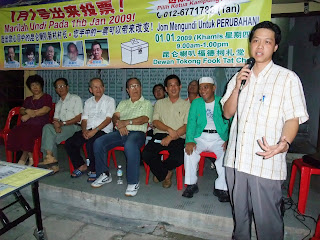 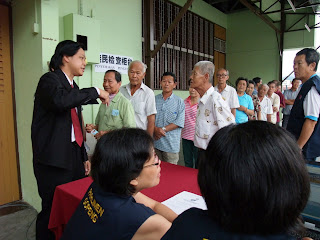 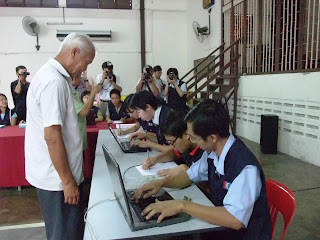 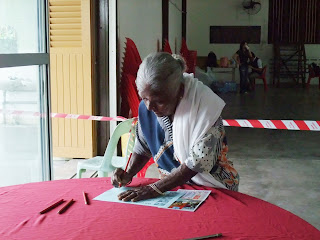 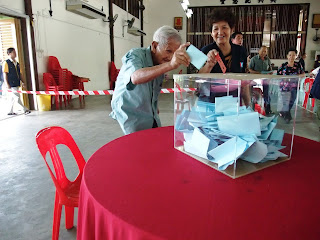 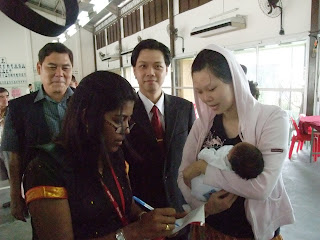 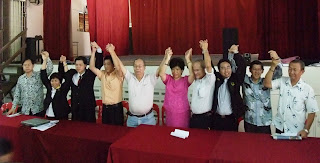 Ushered in the year of 2009 by holding an election for the post of village chief of Kampung Baru Gunung Rapat. This move received extensive coverage from almost all the mainstream media, printed and electronic. It was a collaborative decision made by myself, the MP of Gopeng, Dr Lee Boon Chye and the State Representative of Teja, Chang Lih Kang. Some quarters of the Perak State Government, however, were not in favour of this.

As the State Representative of Simpang Pulai, I have the right to make recommendations to the State Government as to whom I think suitable to be the village chief for the villages which are under my care. Instead of exercising this right, I leave it up to the residence of Kampung Baru Gunung Rapat to make the choice. Hence, the election.

The process started with making a press statement to announce on the move to have an election, the eligibility of the voters and the candidates, and all matters pertaining to the issue. Right from day 1, since I made the press statement, I was bombarded with questions from the media, family,friends,acquaintance and the state government.

The day of nomination had the media arrived earlier than a couple of my team mates. Two gentlemen had made it known earlier of their intention to contest. And by 12 noon, it was confirmed that 5 people would be competing for the post. Amongst the line up was a businesswoman who was also involved in charity work and a graduate from Boston University.

We helped the candidates by organizing programmes to introduce them to the residence of Gunung Rapat. The candidates were cooperative and friendly and it had none of the usual practice of a national election, of slander, name-calling and back stabbing.

Polling ended at 1.00 pm but with the consent from all the candidates, it was extended to 1.10 pm. The last voter walked into the polling centre, like an ending to a good movie. She was dressed in batik sarong and socks, carrying her new born baby, and at a glance one knew that she had just given birth. But what was more astonishing, the lady came straight from the hospital after being discharged! She was a young woman who wanted to do her bit for the kampung she lived in, by casting her vote for the person whom she felt most qualified to head the village.

When the time came to count the votes, spectators were invited in. They were there to witness the process, to ensure that it was transparent and done accordingly. When it was announced that Mr Ten Chong Yong won the election, there were only claps for him and congratulations all around.

My congratulations to Mr Ten and the other 4 candidates for taking part in the first ever new village chief election. My thanks to all involved for making this a success and for creating history. Below are part of my speech before announcing the winner :

I thank everyone present for participating in this election process, - as a voter, a volunteer or a spectator. And I thank the media especially, for their extensive coverage throughout this entire process. Today, we have witnessed the sincerity of the Pakatan Rakyat Government, to uphold democracy and returning the rights of the people to the people, which have been denied them for such a long time.

Though faced with many obstacles, the process of electing the village head of Kampung Baru Gunung Rapat, has open doors for the residence of the village to elect the person whom they felt best suited for the job, or offer themselves to serve the interest of their village folks.

This is a far cry from the days where the village head was appointed and the residence did not have the chance to exercise their duty to the betterment of their own village.

We admit that at present, the Pakatan Rakyat Goverment faced limitations in terms of technicality, to impose the election of village heads,in all the new villages. But the Kampung Baru Gunung Rapat village head election and its' process is a sign of better things to come.

I remember a scene from the great movie - The Lord of The Ring, which deeply etched upon my mind. And that is, to struggle against the dark side, the one that needed to be destroyed, is not the orge nor Saruman, but the ring, where the absolute power comes from, as absolute power corrupts absolutely. To succeed this, we must defeat the greed of human on absolute power and to establish a system to regulate them instead. Therefore, we should uphold the rights to elect and to be elected, instead of defending the system of appointment, in a bid to empower the people and the system towards a democratic society.
Posted by Chan Ming Kai at 12:59 PM