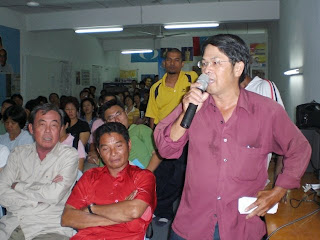 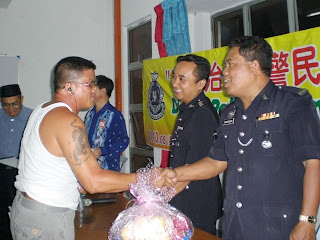 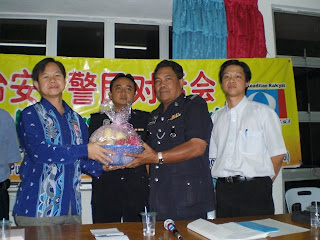 On the 10th of October, a dialogue between the Police Force and the public on crime prevention was held at the Gopeng PKR division main office at Taman Soong Choon.The turned out was fantastic. It showed that the public was very much concerned with their safety and the safety of their loved ones. Their presence there also showed that they were willing to communicate and thus, cooperate with the police to create a safer environment for all.

SM Kamarudin from Balai Polis Kampung Rapat and ASP Hafezul gave out pointers and lined up ways in crime prevention.Questions thrown at them were sometimes heated and at times full of emotion but the 2 officers were cool in handling public complaints.

But at the end of the programme, many of the participants came up to shake hands with the 2 officers. It was a healthy start in creating a better relationship between the public and the police force.
Posted by Chan Ming Kai at 4:21 PM